#bookreview How I Live Now by Genzaburo Yoshino. Translated by Bruno Navasky

Hello and welcome or welcome back to the blog.

Today is my stop for Algonquin Young Readers booktour of the first time in English translation of How I Live Now by Genzaburo Yoshino.

With a forward by: Neil Gaiman 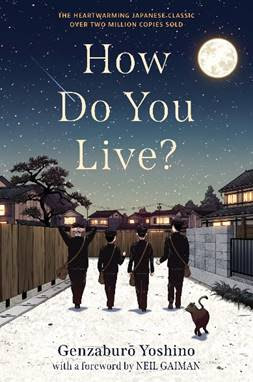 The first English translation of the classic Japanese novel, a childhood favorite of anime master Hayao Miyazaki (Spirited Away, My Neighbor Totoro, Howl’s Moving Castle), with an introduction by Neil Gaiman.

First published in 1937, Genzaburō Yoshino’s How Do You Live? has long been acknowledged in Japan as a crossover classic for young readers. Academy Award–winning animator Hayao Miyazaki has called it his favorite childhood book and announced plans to emerge from retirement to make it the basis of a final film.

HOW DO YOU LIVE? begins with fifteen-year-old Copper, who has recently suffered the loss of his father, gazing out over his hometown of Tokyo, watching the thousands of people below, and beginning to ponder life’s big questions. How many people are in the world? What do their lives look like? Are humans really made of molecules? The book moves between Copper’s story and his uncle’s journal entries, in which he gives advice and helps Copper learn pivotal truths about the way the world works. Over the course of a year in his life, Copper, like his namesake Copernicus, embarks on a journey of philosophical enlightenment, and uses his discoveries about the heavens, earth and human nature to determine the best way to live. Yoshino perfectly captures the beauty and strangeness of pre-war Japan – the changing of the seasons, the fried tofu and taiyaki stands, and the lush landscapes, as Copper explores the city on his bike and learns from friends and family what really matters most in life. “It’s funny and sad in a particularly Japanese way. As I read more of the book, I discovered that it contains lessons on everything: art, science, language, history, politics and philosophy,” translator Bruno Navasky writes. “It also contains a quiet but powerful message on the value of thinking for oneself and standing up for others during troubled times.””

“Books like this are important,” writes Neil Gaiman in the book’s foreword. “I’m so glad Mr. Miyazaki is making his film because it means that eighty-four years after it was written, Yoshino’s novel can be read in English, in Bruno Navasky’s gentle and winning translation, and that I got to read it.” Perfect for fans of The Little Prince and the Alchemist, as well as Miyazaki fans eager to understand some of his most important influences, HOW DO YOU LIVE? is a whimsical and wise novel that will forever change the way readers think about their place in the world.

How Do You Live? was a childhood favourite of Hayao Miyazaki (Spirited Away, My Neighbor Totoro, Howl’s Moving Castle) and I am truly honored to be reading a book that I feel helped shaped him into being the awe-inspiring creator that he became.

This book is a coming of age story, set in Tokyo in the 1930s. It is a history lesson, a science lesson, philosophy lesson all while talking about what it truly means to be human. It is beautiful and inspiring and I can see why and how it became Miyazaki's childhood favourite.

It is told in two points of view, our main character Copper and his Uncle. Copper's father has been dead for a few years now and his Uncle is taking it upon himself to guide his young nephew with advice and wisdom. He's pov's are in the form of letters that he is compiling in a notebook that he will one day hand to Copper. Topics such as what it means to be human, to be heroic, and other lessons. He tells of Coppers fathers words that he wanted passed on to him.

Copper is in junior high school,  he comes from a well off family as do most of his friends, with the exception of one. He is a deep thinker, who sees the world a little different then others boys his age. With the help of his friends, his uncle and his mother he learns what being human and good one at that. As the book flows through the seasons, we feel Coppers growth, his emotions, his regrets. His struggles and how he deals with them.

How Do You Live, descriptions of the simplest things, such as a seed and it is eventually into a flower will make you pause and reflect. The whole book is wonderful and I truly feel honored to experience it for myself.

Thank you Algonquin Young Readers for giving me the chance to read and spread the word about this special book.

I will be adding a physical copy to my own shelf and over the moon to see this become the spectacular anime that Hayo Miyazaki will create.

Praise for HOW DO YOU LIVE?

“A teen ponders the complexities of life, history, and humanity in this 1937 classic from Japan being animated by Hayao Miyazaki… Simple and beautiful seasonal details reflect Copper’s emotional journey. Small glimpses into prewar Japanese life and culture, including tofu making, school social hierarchies, city life, and the intricacies and symbolism of words, contribute to the atmosphere. A foreword by Neil Gaiman perfectly captures the mood and significance of this book, a childhood favorite of Miyazaki’s and one that is sure to find a select, but eager, readership outside its homeland. A quiet, introspective look at life and how to be human.”

Genzaburō Yoshino (1899-1981) was a Japanese writer and publisher. In 1935, he became director of a collection of educational books for young people. Yoshino stepped in to write How Do You Live? when Yūzō Yamamoto, the expected writer, fell ill. Since its debut as a novel and guide to philosophy for young people, How Do You Live? has been re-edited and republished more than eighty times, a reflection of the changing times and culture in Japan.

Bruno Navasky is a teacher and writer, whose work as a translator and editor includes Festival in My Heart: Poems by Japanese Children and Poem in Your Pocket for Young Poets. He was the founding editor of American Poet, the journal of The Academy of American Poets, where he now serves on the board of directors. He lives and works in New York City. 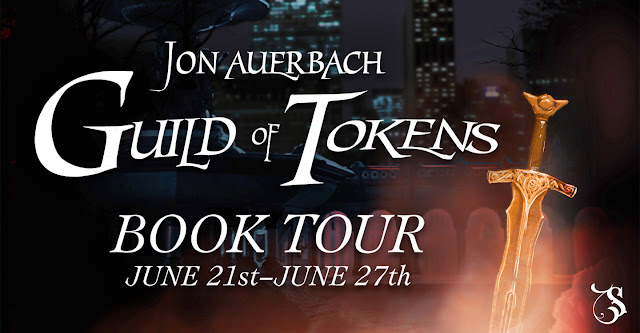 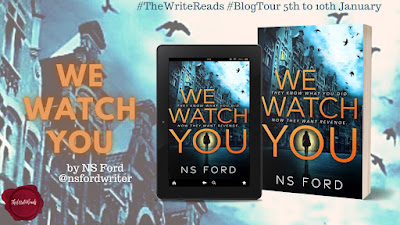 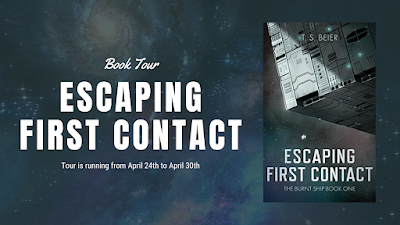 Hello and welcome back, or welcome if you are new to the blog.  Today I have a book review for you. It is my stop for the virtual tour of Escaping First Contact by T.S Beier.  The blurb (From Goodreads) At the far edge of cultivated space, a derelict ship rests. Ten times larger than the biggest Terran dreadnaught, the ship is not recognized by any of the five species tenuously coexisting in the galaxy. Small crews are sent to investigate. What they find is a trap. Once in the metal labyrinth’s clutches, it is clear the unlikely allies will not escape unless they can work together as a team. Unfortunately, trust and cooperation are entirely out of the question. An immersive tale of escape and comradery, Escaping First Contact brings together an unforgettable cast of characters, richly detailed alien cultures, deft humour, and explosive action. "Fantastic world building, believable aliens and lots of snappy action. T.S. Beier is on her way up!"- S.D. Perry, author of Aliens
Read more